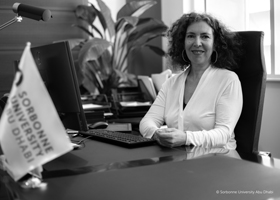 Professor Silvia Serrano is a political scientist and a specialist in soviet and post-soviet studies. She holds a doctoral degree from the INALCO (National Institute of Oriental Studies, Paris) and a habilitation to direct research, defended at the EHESS (Ecole des Hautes études en sciences sociales, Paris). She has been a Professor at Sorbonne University since 2017, and the Vice-Chancellor Sorbonne Abu Dhabi since 2020.

Her research focuses on political, societal and religious dynamics in contemporary Russia and the post-soviet states.

She is the author of several monographs and collective books, of multiple articles and chapters in international publications and peer-reviewed journals. 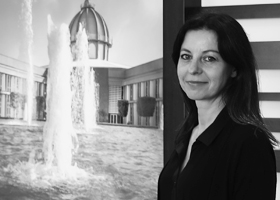 She is a former student of the Ecole Normale Supérieure (St Cloud) and holds a doctoral degree in philosophy. Winner of the Foundation Thiers Research Grant (Institut de France), Dr Laurence Renault has been an Associate Professor at Sorbonne University since 1999. She first joined the university’s campus in Abu Dhabi as Head of the Philosophy and Sociology Department (2016-2018).

Her research focuses on the Theory of Knowledge and Metaphysics as they play a role in the formation of the modern thinking.

She is the author of several books, multiple articles and chapters of collective works in international publications and peer-reviewed journals. 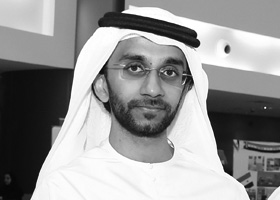 Majed Al Khemeiri is an Alumnus of Sorbonne University Abu Dhabi. He holds a PhD from Sorbonne University in Paris for his thesis titled: “Strategic Planning and Sustainable Development: The Future of the United Arab Emirates’’. He completed two Masters in Marketing, Management, Communication and Media as well as in Sustainable Development Law, in addition, he also holds two Bachelors in History and in Geography.

Majed joined the University as a staff member in the Planning and Performance Department and was nominated for the role of Head of Human Resources Department. He has worked extensively across both Administrative and Academic functions and has been nominated as the Deputy Vice-Chancellor for Administrative Affairs in 2019.