Kalima reading club at Abu Dhabi Arabic Language Center is celebrating International Translation Day in a panel discussion at Sorbonne University Abu Dhabi. The panelists will talk about the importance of translation to communicate between cultures. They will highlight Kalima’s efforts in translating word important titles into Arabic. They will highlight the significance of the Arabic translation of the novel La Quarantaine by Jean- Marie Gustave Le Clezio, Nobel prize laureate in 2008, and the Arabic Translation of the book of the French philosopher Edgar Morin “The humanity of the Humanity, the human identity” and other important books translated from French into Arabic. 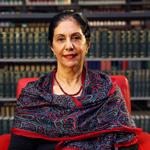 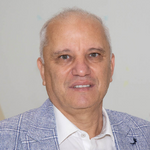 Dr Mohamed Ben Salah Ait Mihoub has a PhD in Arabic language and literature on Modern Arabic literature with highest distinction (2007) and a Masters degree of Advanced Studies in Arabic language and Literature (Master’s Degree) with highest distinction (DEA) 1999. He specializes in literary criticism, narrative studies and issues of literary genres. Mihoub has held several positions including Professor of Literature and Modern Literary Criticism Curricula at the Faculty of Humanities and Social Sciences in Tunis, Assistant Professor of Arabic Language and Literature at the Faculty of Education at Zayed University Eman Mohammed Turki works at Arabic Content Development Unit in the Department of Culture and Tourism – Abu Dhabi. She is an Emirati poetess and has published two Arabic poetry books in 2013 and 2015.She has worked in several press institutions in the UAE since graduating from the United Arab Emirates University; Including Al-Khaleej newspaper, Al-Sada magazine, Al-Mara’a Al-Youm magazine, and played the role of managing editor of Al-Rajol Al-Youm magazine. Also, she worked with Gulf News as deputy editor. She published cultural reports for Agence France-Presse as a freelancer. With daily Ittihad newspaper, she was a lead reporter in the culture section

Kindly note that this event will be photographed and videographed

Bookings are closed for this event.